At around the 30 week mark my fitness took a 180 degree turn and all of a sudden the intensity and length of time I could exercise HUGELY diminished without warning. My lung capacity had been squelched, the leggies screamed from early on and our little girl revelled at pushing up into my rib cage.

At around the 31 week mark, despite a fairly decent decrease in activity, my ability to recover well after exercise also plummeted. I can now only put in a concentrated effort on the bike or foot every second day. It’s frustrating as I love getting out (for mental health reasons just as much as physical) but am coming to terms with it. On the in-between days I generally just have a wee saunter on the farm or along the beach at snail’s pace with our dog Ben. Sometimes mowing the lawn is enough.

We recently had a lovely holiday in Havelock North, staying with James’ parents and I was keen to hit the Hawke’s Bay Trails for a couple of hours – at slow pace! I was 31 weeks + 5 days. We headed out on a gloomy Saturday morning, me with ambitious plans to ride out to the coast via ‘The Landscapes Ride” along the Tukituki River, then south along the coast to Clifton and back. You can check out the map here. After all, the trail is as flat as a pancake and probably only a 45-50km return ride. No worries if I take it slow? 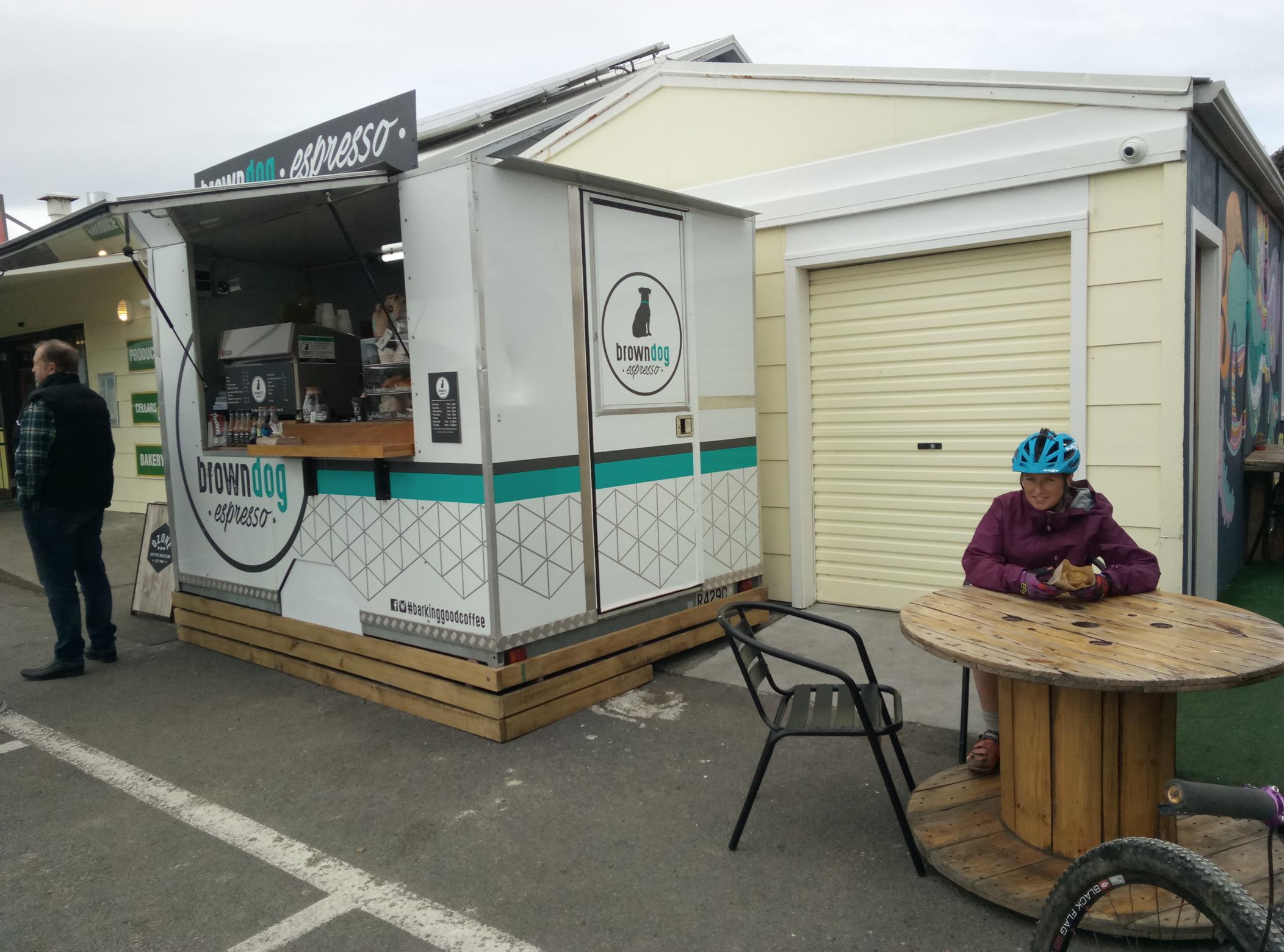 In true form of late, we were only about 1hr (say 15km) into our leisurely pedal when after a much-needed toilet stop I realised I was shattered. Time to stop at the next cafe for a hot choccie and then turn back I thought. I didn’t even need to say this to James, he knew my silent goal was far to ambitious. 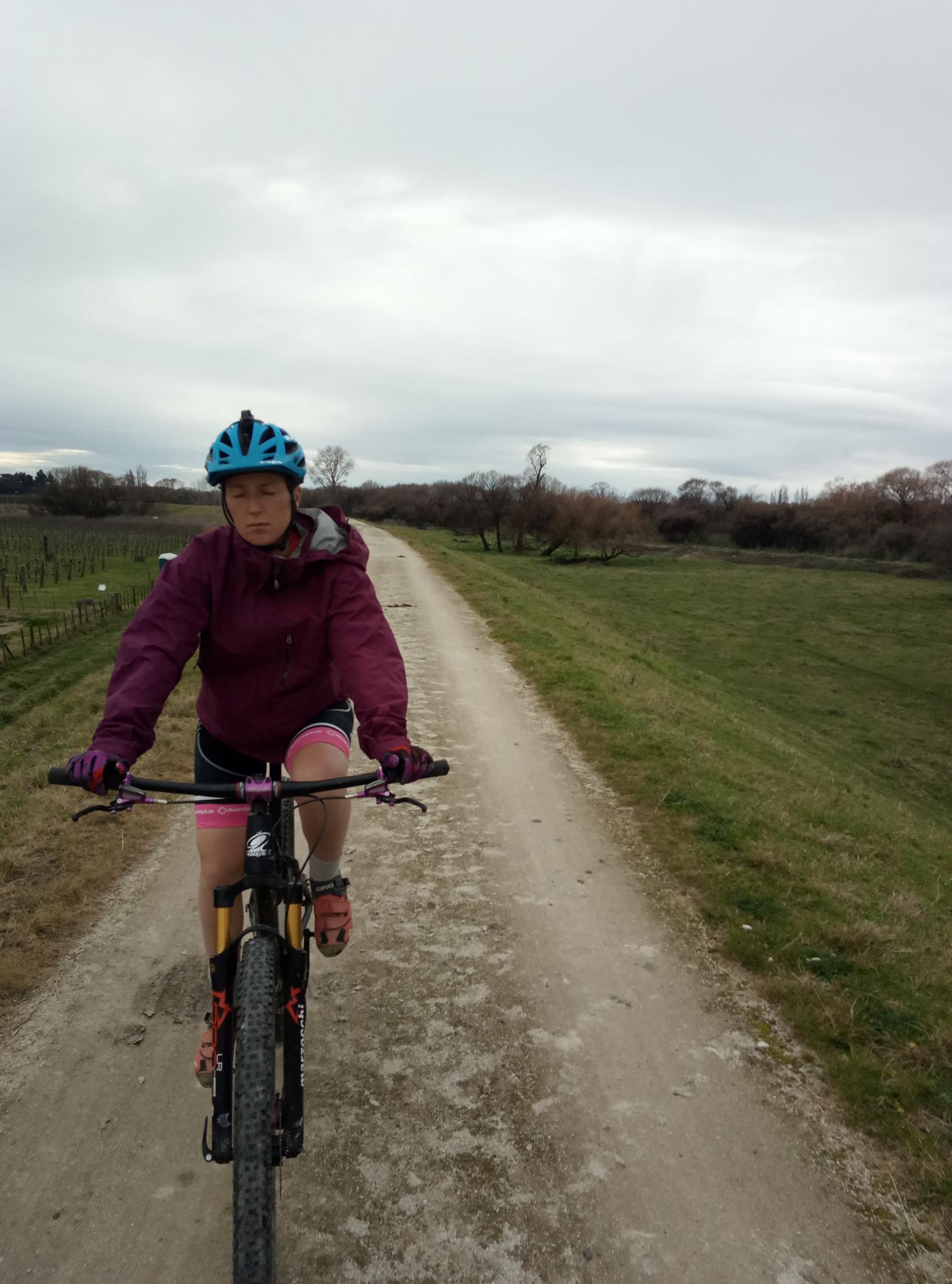 At Haumoana we came across the delightful wee Brown Dog Espresso caravan. With healthy nuts and dried fruit in my pocket I ordered “a large hot chocolate with marshmallows and cinnamon scroll please!”. Then we turned around and rode back to base.

Bike trailer has been ordered.