Sarah: When is your next cyclocross race?

James: 18th June. You should do it. You can ride around with your bump, it’ll be cute.

Sarah: [I was silent while picturing me lying on my side on a muddy corner with a handlebar jamming into my tummy].

I thought I would need to swap out any small ounce of racing prowess left in me from days gone by for die-hard self preservation mode at last weekend’s Fog City Cyclocross Series, Race 2. Now a little over 6 months pregnant, my belly is rather pronounced and the attachment to our little girl is growing day by day.

Turns out I didn’t need to as I had completely forgotten the simple joys of club-based racing. In fact, I think the last one I went to was back in 2013 or so when the Auckland MTB Club used to run their fantastic summer cup.

Jovial riders gathered in groups chatting while kids and dogs ran about the place and the small organising team ran a seemingly casual, yet no doubt organised ship. The start line didn’t bring with it obnoxiously loud “hype” music and jostling for front row possies. We were just corralled into a group and then someone said “go”. Laughter and banter continued as everyone rode off, no doubt the majority of us immediately thinking about the final reward of hot chips with sauce and mayo.

It was fun. Heaps of fun. The stable early winter weather meant the course was very firm and any fears of skidding out on muddy corners were very quickly lost. I should mention though I was too chicken to ride my cross bike and instead opted for the hardtail with fairly wide tyres!

On the bump front, it’s still not quite at the size where it gets in the way on the hardtail. The leg can still get over the top tube without a wobble and when I lean over to grind up hills (yep, SS all the way) there is still clearance with the cockpit – win!

Just after I last wrote about 3 weeks ago, I went into one mega big week on the bike which caught up with me. 8 hrs across 3 days, followed by a run day, yoga day then tramping day. It was too much and one morning I woke up completely jaded. Subsequently the next 6 days were spent just doing a daily walk or yoga as recovery. Pregnant or not this happens to everyone, why are most of us so crap at listening to our bodies?

These last two weeks I’ve been feeling soooo good. I’m being more sensible (these are the words my mother would use). Low intensity goodness on a daily basis which I generally somewhat plan out on a Sunday. This week looks like:

A few snaps from the race below. Credit to Fog City Cyclocross. 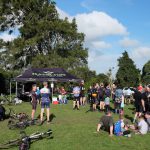 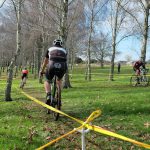 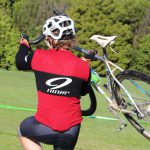 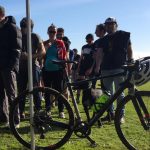 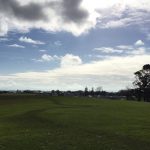